Regardless of your politics, I believe we would all agree this year’s election was historical and unprecedented. In addition, the results point to our divided electorate with the country split evenly between the two major party candidates.

For the few days following the election, the market has moved upward. Will this move be sustained? Some historical perspective is relevant as we consider this question. Let’s look at the past elections where the White House has changed parties.

A number of political pundits have compared this change to the Reagan Revolution. How did the markets perform post-election for Reagan? In order to answer that question, I charted the S&P 500 percent change from the day after the election in 1980 through the first six months of the Reagan administration. As you can see from the graph, the S&P was basically flat with a -0.09 move down. 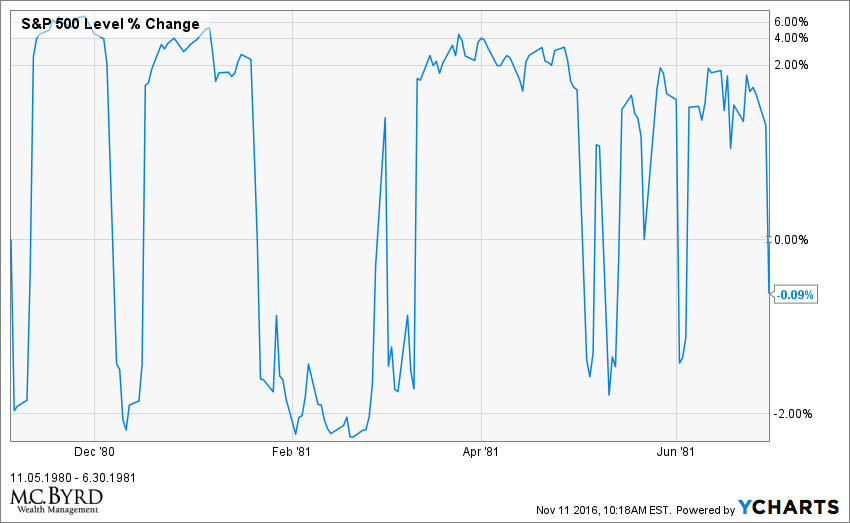 The next party change came with the Clinton presidency. The chart below shows that the S&P index had an 8.01 percent gain from the day after the election through the first six months of the administration. 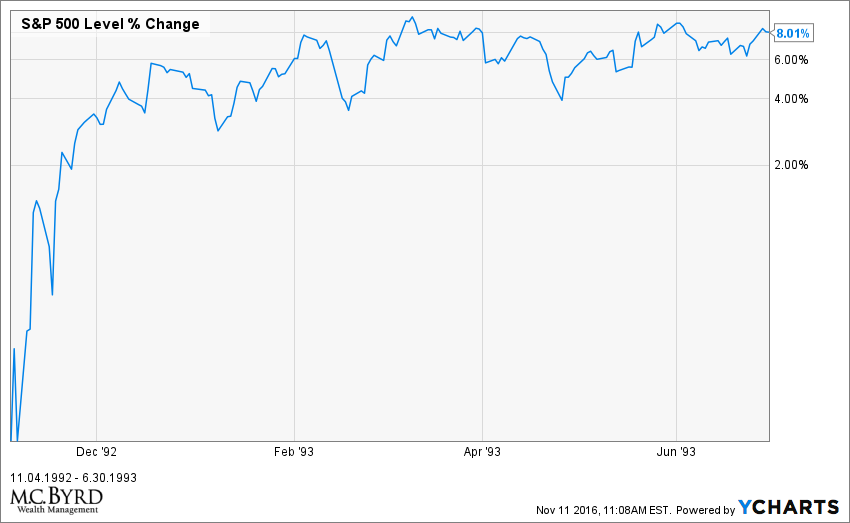 In 2000, George W. Bush defeated Al Gore for the White House. The S&P 500 was down 13.1 percent using the same time frame as our previous graphs. 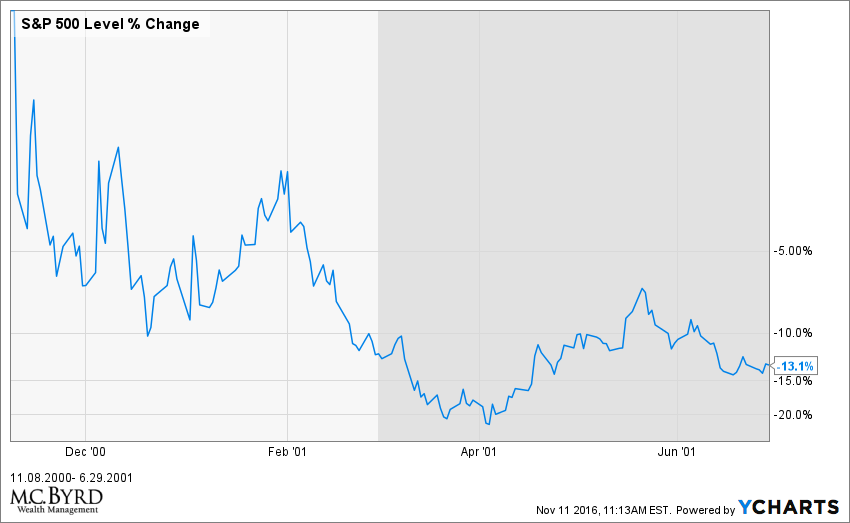 In November of 2008 Barack Obama defeated John McCain for the White House. The market was down 3.5 percent six months into his administration from election day. 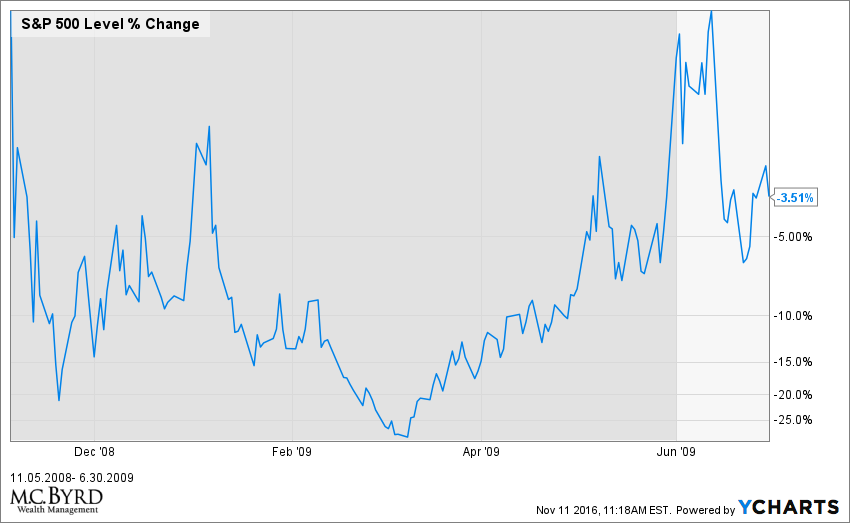 In summary, we have had four changes of party in the White House since 1980. Of those changes, 3 out of 4 had a negative rate of return six months into the new administration. Is this cause and effect? The answer lies in the following graph. The timeline illustrates recessions for the U.S economy since 1976.

My point is this. While politicians definitely have an effect on tax policy, trade, etc., the direction of the markets ultimately depends upon the expansion or contraction of our economy. At present, we are in the second longest bull market in history and an expansion that is getting long in the tooth. Risk management is still important given this scenario.

Tags: elections and the market, investing in election years