With the recent Trump bump a number of commentators have suggested that we are in a Ronald Reagan market.

They suggest that we will have a second wind to this market due to the proposed decrease of regulation and taxes coupled with a hefty infrastructure bill. All of which are Reaganesque.

If you recall the Reagan years after the recession of his first term was favorable to the market.

In the graph below you can see the S&P 500 index from the Election Day of 1980, November 4th through the last year of Reagan’s term, December 31, 1988. This is illustrated in the chart below. The shaded area represents the recession. 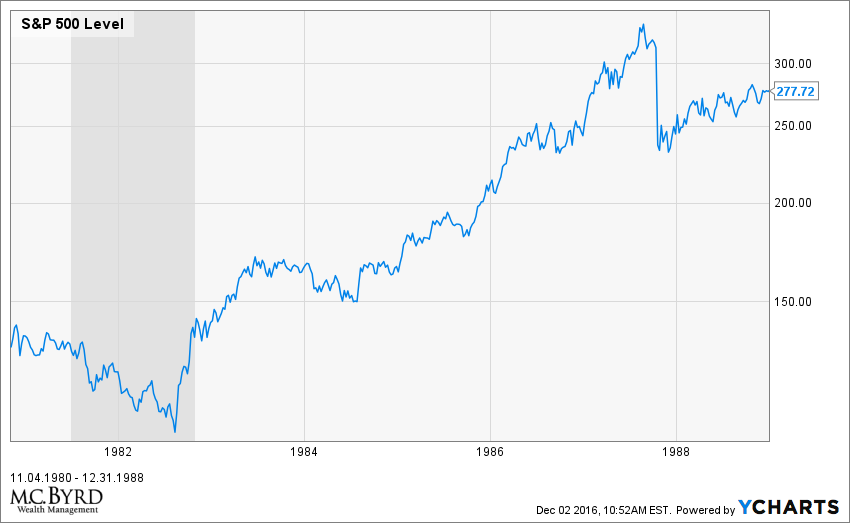 In percentage terms the S&P more than doubled during the same time period. 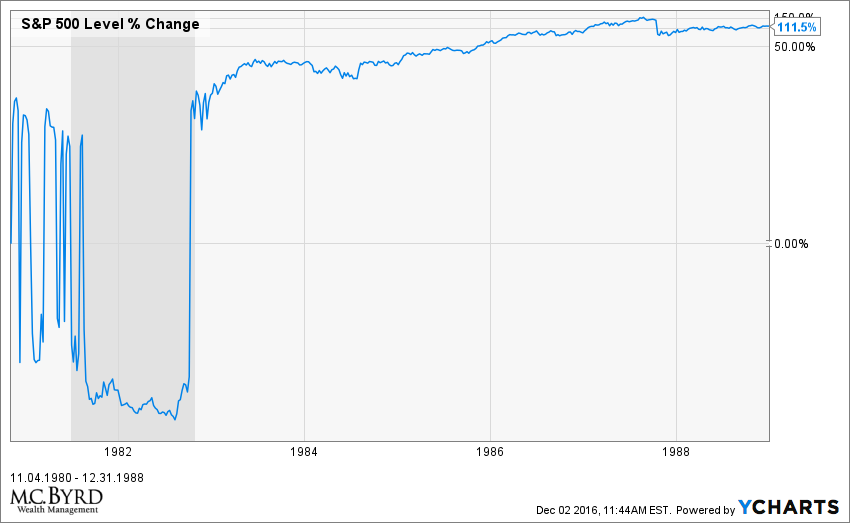 So why would it be difficult to replicate this type of market? There are a number of reasons.

This drop in inflation rates helped fuel an economic and market rally. 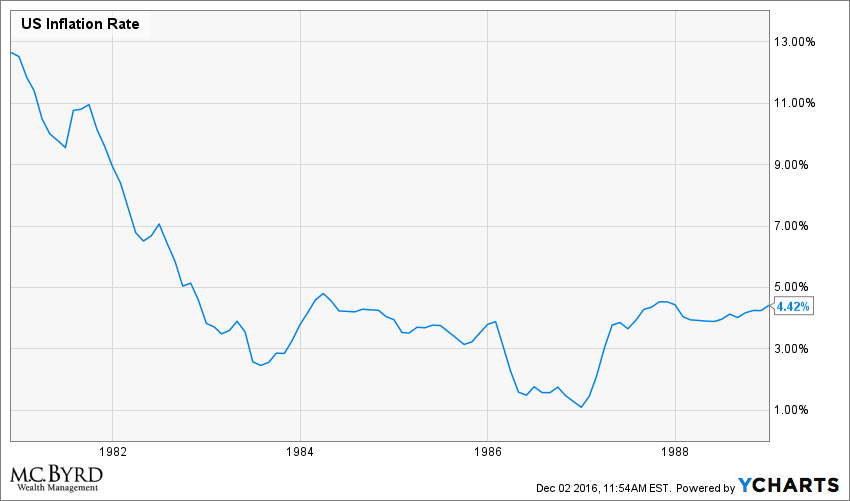 US Inflation Rate data by YCharts

The Trump administration does not have this potential as inflation is low with the expectation that it will move higher.

How does this compare to today?

In fact, by numerous valuation techniques the market is pricey. We believe that, at best, this will serve as a lid on the market. 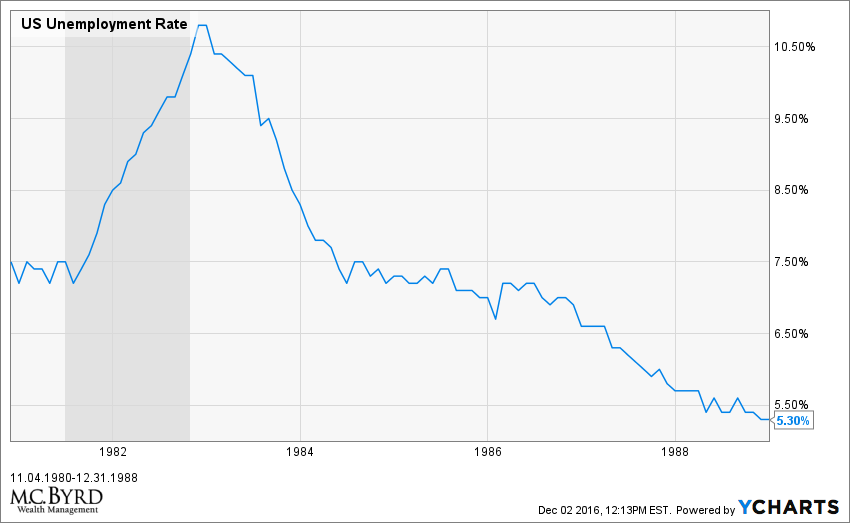 Our unemployment rate has continued to fall from the great recession. A continued expansion of the labor market will be difficult in this stage of the business cycle which is already growing old. 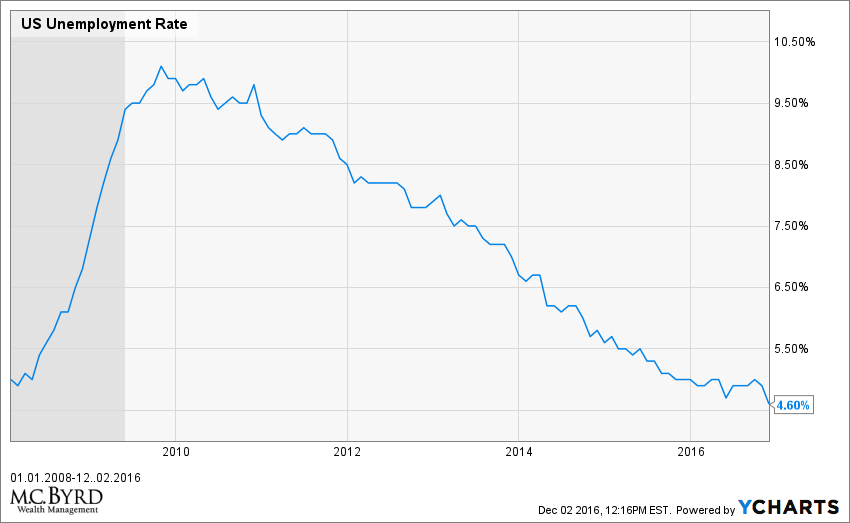 Part of this debt fueled the military buildup that won the cold war. The increased military spending was expansionary. However debt to GDP was still below 100 percent. 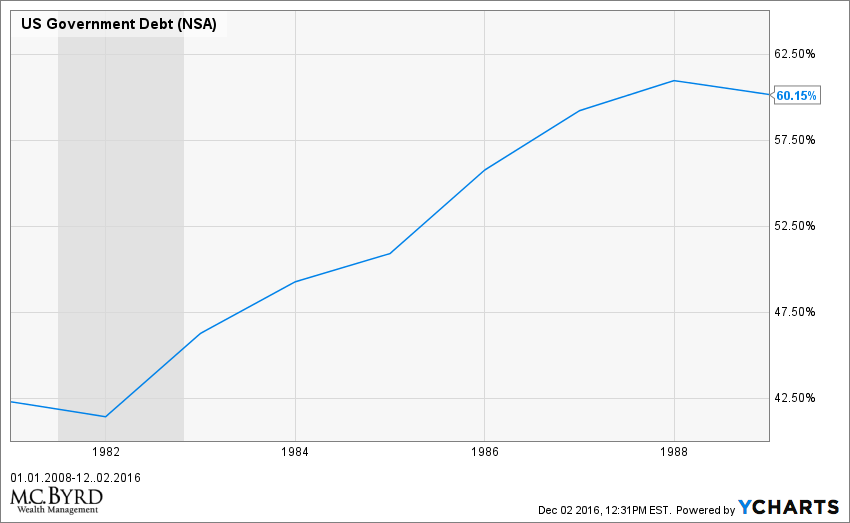 While Trump ran his campaign on a massive infrastructure spending, he does face constraints.

From 2000 to last year we have seen US debt as a percentage of GDP move from under 55 percent to 105 percent of GDP.

Pushing forward a massive stimulus project fueled by debt would be problematic and face headwinds with a Republican House and Senate. In addition, it would be inflationary which would be a headwind to any market expansion. 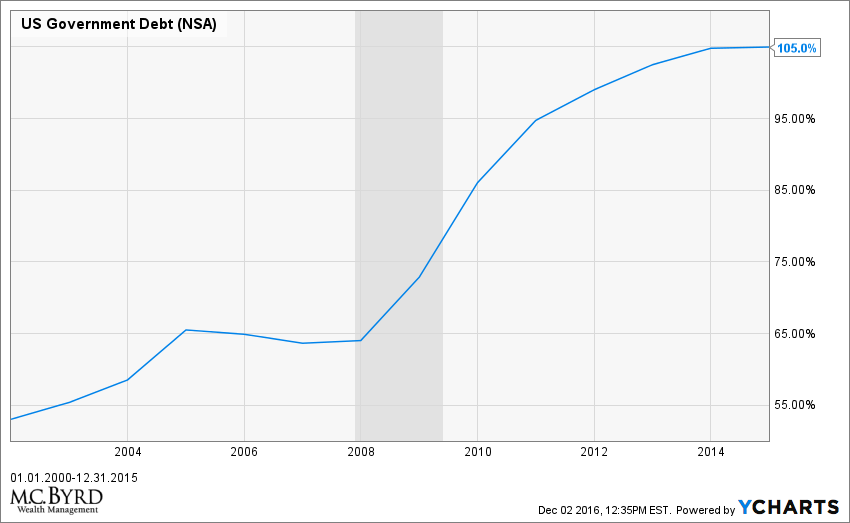 Needless to say, the environment today is far different from when Reagan took office. The idea that we are in a similar place lacks the proper perspective.