The only function of economic forecasting is to make astrology look respectable. – J.K. Galbraith

I know I’m showing my age when I mention the name Jeane Dixon. A self-proclaimed psychic, every December her predictions would grace the covers of tabloid magazines across the U.S.

She did get one prediction correct.  Her last words before she died:

“I knew this would happen.”

This brings us to the track record of Wall Street forecasters.

As we approach 2017, TV shows and periodicals feature Wall Street analysts’ predictions for the coming year. It’s worth looking at their track record.

When you compare their predictions to reality, the score was a lot like Jeane’s.  Below is the price level change of the S&P 500 for calendar year 2008. 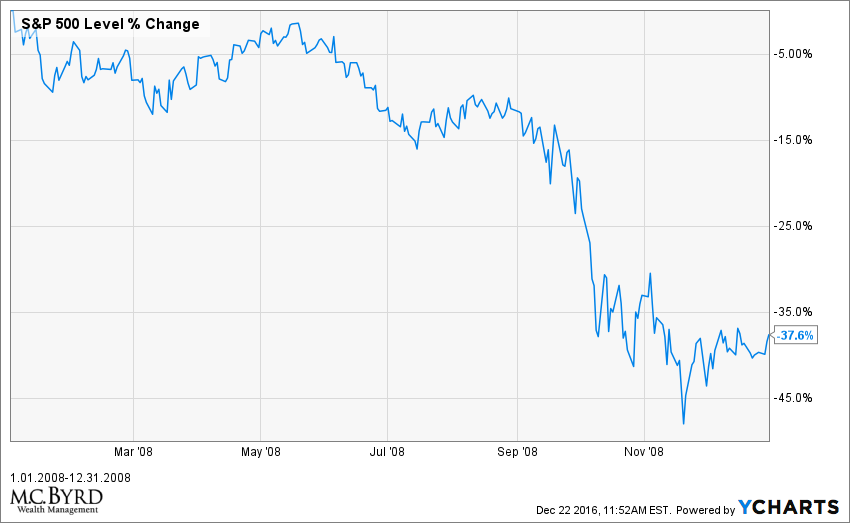 Prior to the dot-com bust, the reliability of these analysts’ forecasts was about the same.  A January 7, 2009 article from U.S. News & World Report provides some memorable quotes from this period:

I’m not saying this is a straight line up. I’m not saying you can’t have pauses. I’m saying any kind of declines, buy them! – Ralph Acampora, Prudential Securities, December 1999

The individual out there is actually not throwing money at things that they do not understand, and is actually using the news and using the information out there to make smart decisions. – Maria Bartiromo, CNBC anchor, March 2001

(The market was actually in bear territory for another year as the Dow and Nasdaq lost another third.)

To give the quotes some color, the chart below illustrates the price decline that happened during that decade: 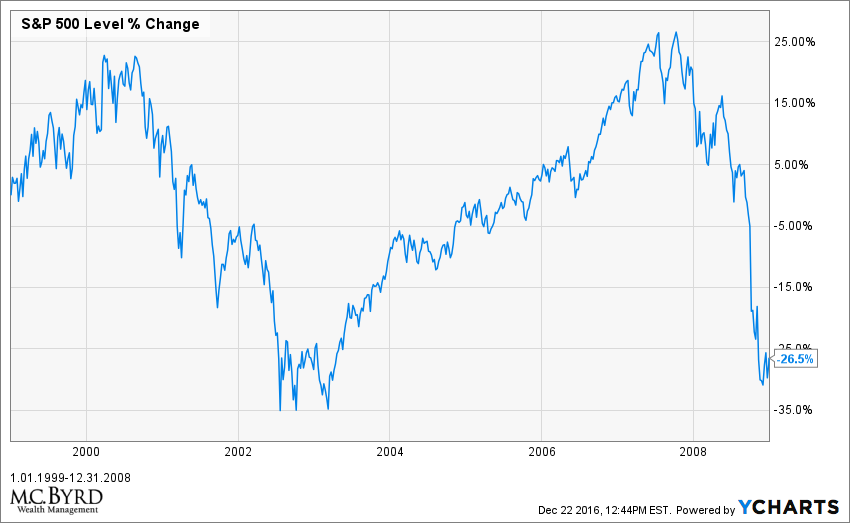 A recent MarketWatch article quotes a Star Capital study showing that since 2000 analyst predictions have had a 19% tracking error. We don’t expect this to change anytime soon.

Considering the record, Wall Street analysts should keep with wisdom of Yogi Berra in mind:

It’s tough to make predictions, especially about the future.